Are you looking for an authentic Mexican restaurant in Staten Island, NY? Your search ends here. Visit us at Cafe Con Pan and try the mouthwatering Mexican meals we offer. Using the freshest ingredients available on the market, we serve plate after plate of culinary masterpieces. Come try some of our Mexican dishes and find out why we remain the Mexican restaurant of choice in the area.

We opened our first location at 54-01 5th Avenue, corner of 54th Street and 5th Avenue in April of 2006. When we purchased the business, the previous owner refused to let us keep the name. In fact, the very next day after our agreement, he had someone come to take down the sign.

We were renovating the place and preparing for our launch; up bright and early every day and working hard to reach our goals. During that time, we realized that it is part of our Mexican culture to be hardworking, to wake up early and to get stuff done. That is when we realized that Cafe Con Pan – meaning Coffee With Bread – was the perfect Mexican embodiment (symbol) for representing the hard worker who rises early, has a quick breakfast, and gets straight to work. It is for this reason that we open up so early (6:00 a.m.) and close so late (11:00 p.m. at our Brooklyn location, 12:00 a.m. for our Staten Island locations)—to accommodate the schedule of the hard working individual working odd hours.

We took over "Oven Baked Bakery" located at 137 Port Richmond Avenue in May of 2009. It had been a staple of Port Richmond for over a century. The famous wedding cake featured in the first "Godfather" movie was made in that very building. With so much history in that building, we were surprised to be given the opportunity to buy the building and the business. We found out that we were offered the opportunity to buy the business because the owner wanted to sell only to somebody who would keep baking cakes in the building. We were happy to fulfill his wishes and to this day, we strive to make him proud and hope to join him as one of the only Staten Island businesses to be featured in a major film. We'll get there one day!

Our newest location at 32 New Dorp Plaza South, corner of New Dorp Lane and New Dorp Plaza, opened in May of 2015. It is located right next to the New Dorp Train Station (Staten Island Rail Road) for easy access. This location holds a special place in our owner’s heart as it is close to where their son attended high school – Staten Island Technical High School. 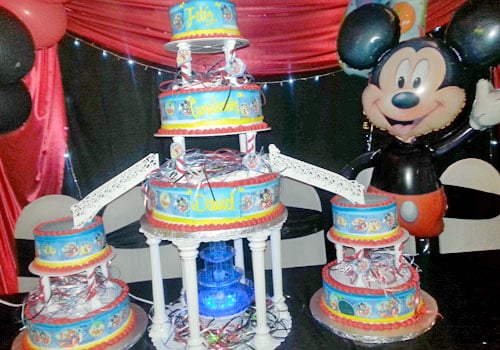 Drop by Our Restaurant Today!

No matter your cravings, be it a full breakfast meal or a light Cuban sandwich, we have it all for you at Cafe Con Pan. As a well-known Mexican restaurant in the area, we promise to serve tasty Mexican meals that will leave you wanting more. For more information about our menu, give us a call or send us a message.